Here's the group on Friday evening: Ellen Griles and John had to leave before this was taken and Dave Yocum was slightly late for the photo but will be added. From left to right: Sharen Talbert (white and green) with Jim Talbert (blue shirt) just behind; Pam Gendry (red shirt) with Bob Gendry (checkered shirt) just behind; Herb Klebe front row w/ beer can and light shirt; Tom Gendry in back row with light shirt and glasses hanging on shirt;  Diana Gendry (light shirt) peeking over Herb's left shoulder; Jim Andrews in the very back with his head between Diana's and Herb's; Dave Miller peeking out in the back row next to Jim and right behind Suz Wyness; Suz Wyness in the bright red shirt with right hand on Dave's arm; Dave Wyness in the front row with the blue shirt; peeking over Dave's left shoulder is Mary Miller in the back row; Bob Ames is in the back row on the right end with his hand on Joan's left shoulder; Joan Ames in the brown top and tan pants; and Suzanne Marquardt in the white shirt on the right end front.

Dave Yocum on the left end (brown shirt) and Ellen Griles and John Kapernick in the back, behind the Gendrys

Joan Ames doubts the fejimickel stuff too while Herb Klebe listens carefully. Mary Miller in the chair and Dave Wyness hiding behind the post.

Make up your own caption but we know who owns that foot! Call the Game Warden! 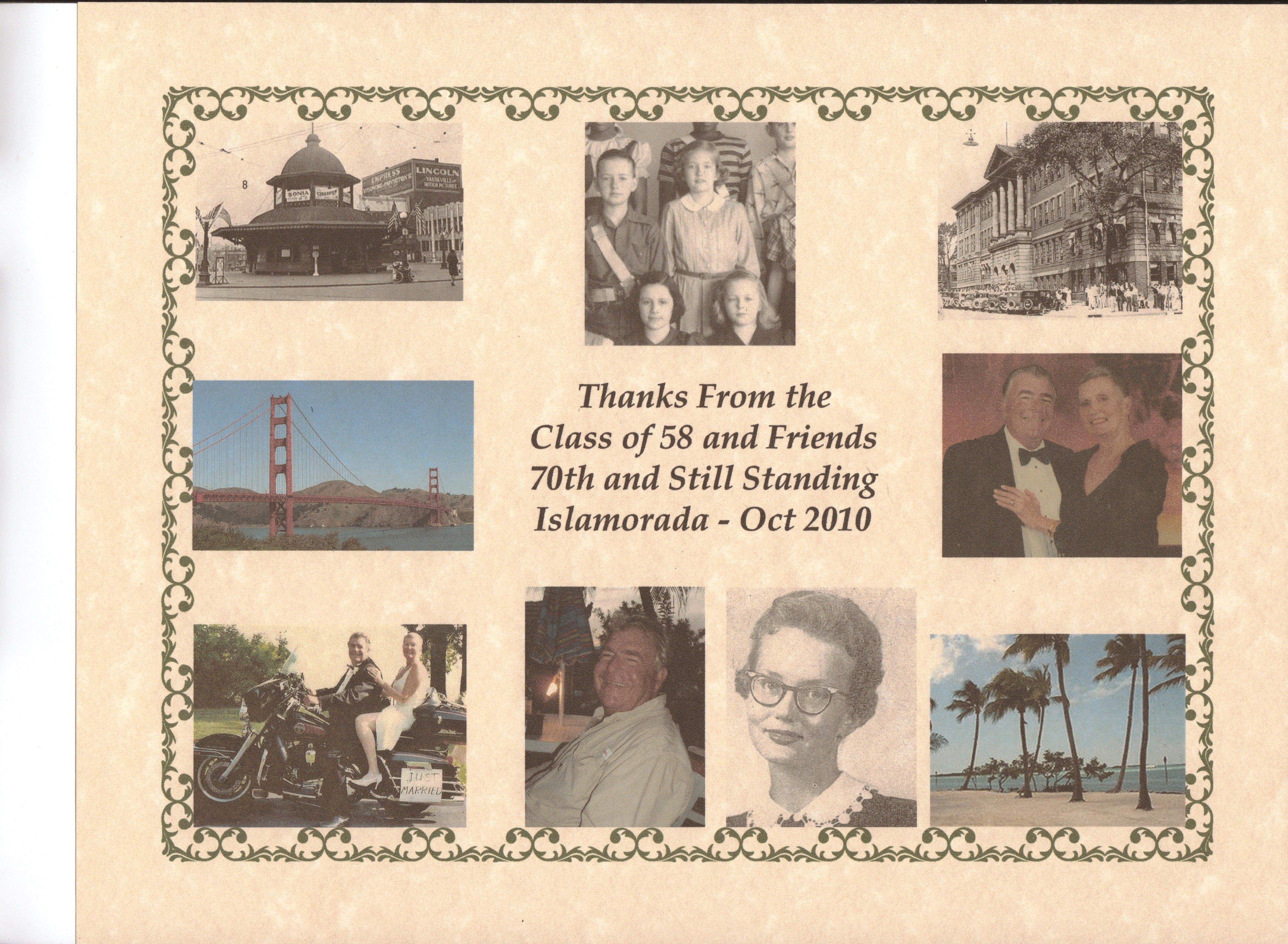 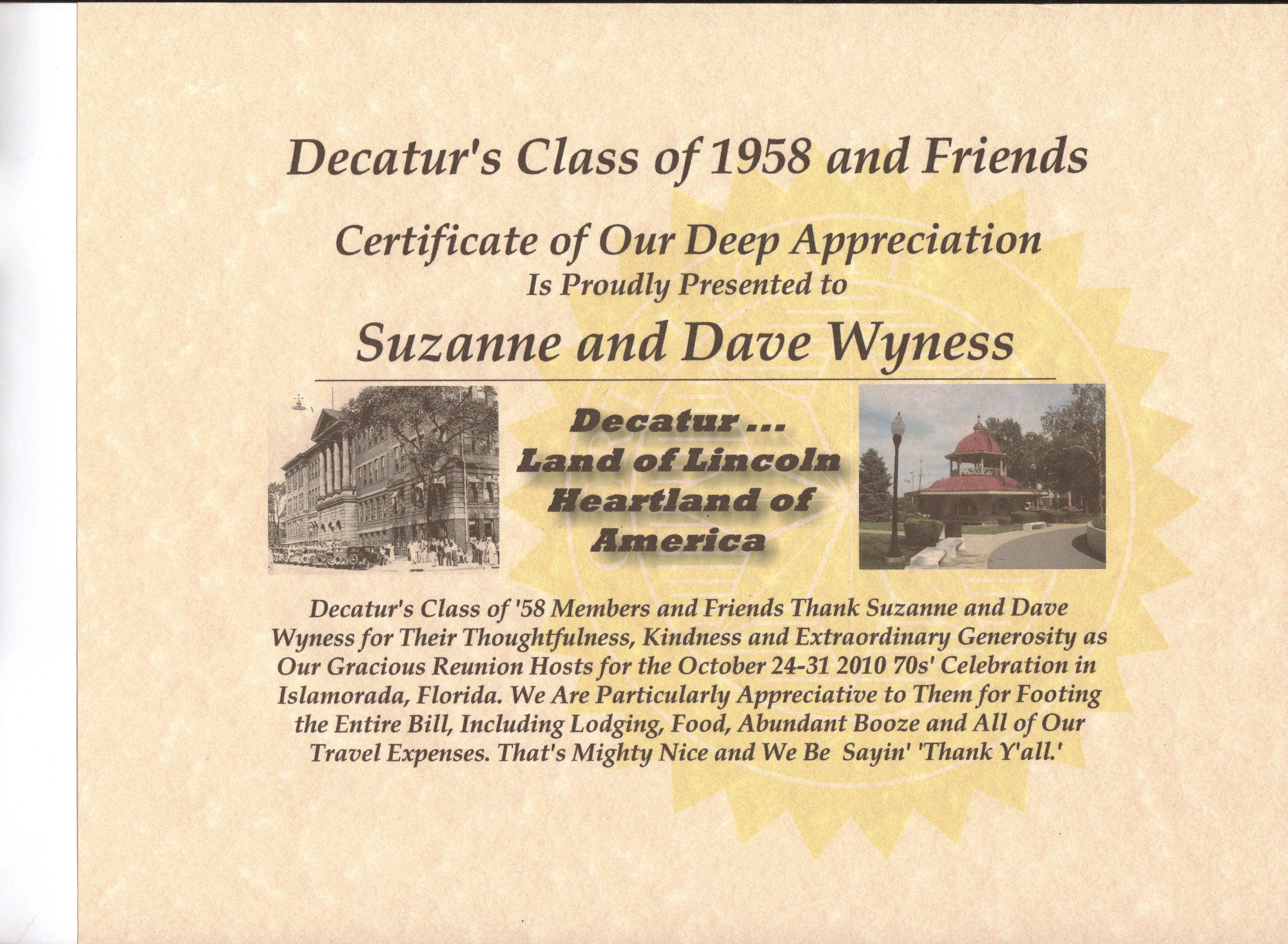 This was presented to Suz and Dave with copies to all who attended. For most of us it will take time to collect our receipts ...